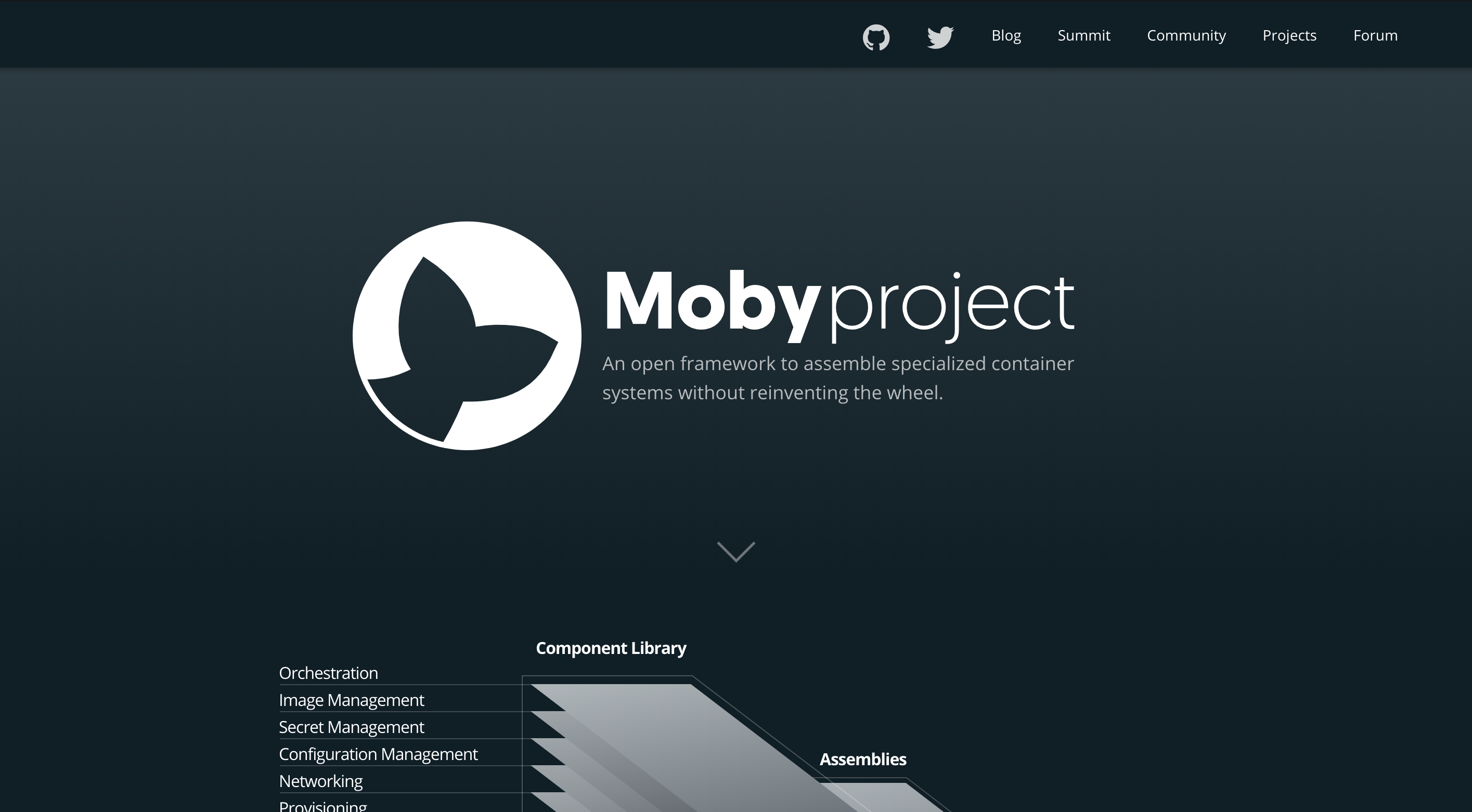 What is Moby Project?

Moby is an open-source project created by Docker to enable and accelerate software containerization. It provides a “Lego set” of toolkit components, the framework for assembling them into custom container-based systems, and a place for all container enthusiasts and professionals to experiment and exchange ideas. Components include container build tools, a container registry, orchestration tools, a runtime and more, and these can be used as building blocks in conjunction with other tools and projects.

Moby is an open project guided by strong principles, aiming to be modular, flexible and without too strong an opinion on user experience. It is open to the community to help set its direction.

The components and tools in the Moby Project are initially the open source components that Docker and the community have built for the Docker Project. New projects can be added if they fit with the community goals. Docker is committed to using Moby as the upstream for the Docker Product. However, other projects are also encouraged to use Moby as an upstream, and to reuse the components in diverse ways, and all these uses will be treated in the same way. External maintainers and contributors are welcomed.

The Moby project is not intended as a location for support or feature requests for Docker products, but as a place for contributors to work on open source code, fix bugs, and make the code more useful. The releases are supported by the maintainers, community and users, on a best efforts basis only, and are not intended for customers who want enterprise or commercial support; Docker EE is the appropriate product for these use cases.