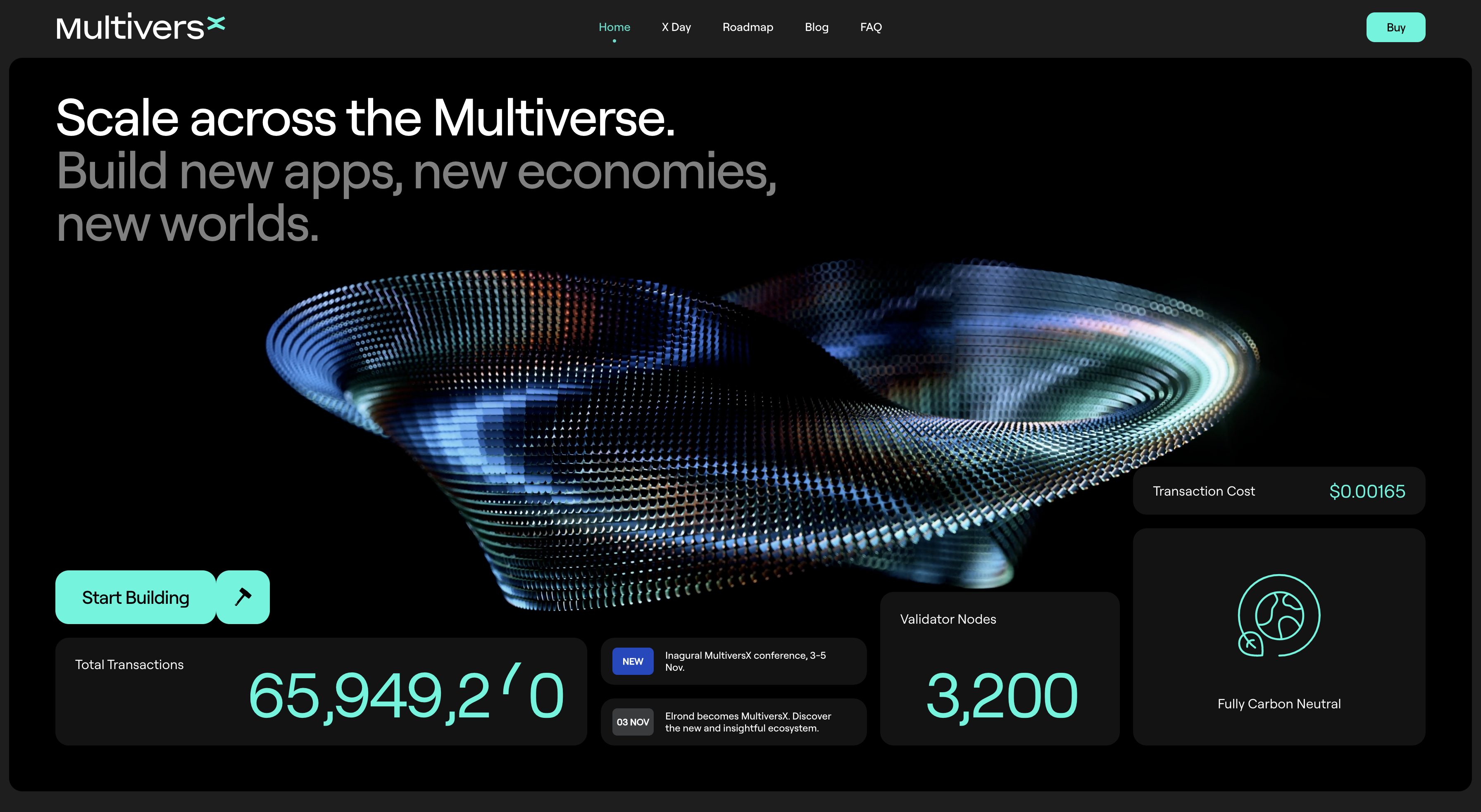 What is MultiversX (Elrond) Blockchain?

MultiversX (Elrond) is a public blockchain platform that utilizes the Secure Proof of Stake (PoS) consensus algorithm to enable fast, efficient, and secure transactions. It is designed to be scalable and energy-efficient, with the goal of providing a high-performance platform for decentralized applications (dApps). The Elrond network uses a novel architecture called Adaptive State Sharding, which allows it to process transactions and execute smart contracts in parallel, enabling throughput of up to 100,000 transactions per second. The Elrond platform also includes a built-in decentralized exchange (DEX), allowing users to easily exchange one asset for another within the Elrond ecosystem.

Why was Go chosen as the implementation language for MultiversX (Elrond)?

There are several reasons why the Elrond team chose to use Go as the implementation language for the Elrond platform. One reason is that Go is a fast and efficient language that is well-suited for building high-performance systems. It has a statically-typed, compiled design, which means that it can be compiled to native code for maximum speed and efficiency. Go also has built-in support for concurrent programming, which is important for a blockchain platform that needs to handle many transactions simultaneously.

Another reason for using Go is that it has a simple and easy-to-learn syntax, which makes it accessible to a wide range of developers. Go has a clean and minimalistic design, with a small standard library that includes everything a developer needs to build a wide range of applications. This makes it a good choice for building a blockchain platform, as it allows the Elrond team to focus on the core functionality of the platform rather than getting bogged down in the details of the language.

Finally, Go has a large and active developer community, with a wealth of libraries, tools, and resources available for building blockchain applications. This makes it easier for the Elrond team to find support and resources when building the platform, and also helps to ensure that the platform will be well-maintained and supported over the long term.

Why Should I use Elrond Blockchain?

There are several reasons why you might consider using the Elrond blockchain for your decentralized application (dApp) or other project. Here are a few potential benefits of using Elrond:

Overall, Elrond offers a high-performance, energy-efficient, and secure platform for building decentralized applications and other projects.