A module is a collection of Go packages stored in a file tree with a go.mod file at its root, Using Go Modules Tutorial 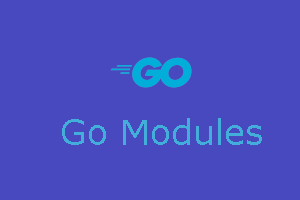 What is Go Module?

A module is a collection of Go packages stored in a file tree with a go.mod file at its root. The go.mod file defines the module’s module path, which is also the import path used for the root directory, and its dependency requirements, which are the other modules needed for a successful build. Each dependency requirement is written as a module path and a specific semantic version.

Creating a new module in GO

Create a new, empty directory somewhere outside $GOPATH/src, cd into that directory, and then create a new source file, hello.go:

Adding a dependency in Go module

The primary motivation for Go modules was to improve the experience of using (that is, adding a dependency on) code written by other developers.

Let’s update our hello.go to import rsc.io/quote and use it to implement Hello:

Go modules are the future of dependency management in Go. Module functionality is now available in all supported Go versions (that is, in Go 1.11 and Go 1.12).